We have another exciting edition of Athlete of the Week. This athlete, once again, is so different from our other highlighted athletes, which speaks to how diverse our participant group it.

For almost 10 years I’ve been calling myself an endurance athlete. I started running in 2012, mainly to adapt to a bit more of a healthy lifestyle. I wanted to move more and weigh less, and running seemed to be a reasonably effective way to accomplish both. The beginning was hard, and the first couple of 5k runs not only hurt, but also didn’t really convince me that that was all such a great idea. I stuck to it, though, and steadily the volume increased, along with the level of comfort being out in my running shoes. How proud I was when I ran 10km in just under an hour the first time!

At some point I got hooked; that may have happened at one of the first running events I got myself into, some 10km park run; that atmosphere of thousands of like-minded folks running and just as many spectators cheering on the side made me wanting more. It didn’t take me long to register and train for my first Marathon.

Add the bike and learn to swim

Running a Marathon had been the hardest challenge I’d got myself into by then - not yet knowing that many much harder ones would follow eventually. My mind was wondering, what else is out there? At some point I randomly ended up watching a summary of the annual Ironman World Championships at Kona, Hawaii — and those impressions never again left my brain. It was both, completely unimaginable how humans could possibly go through an event like this, but also very intriguing picturing myself completing a long course triathlon. So there I was; never swam more than 100m at once, and never ridden a road bike, but some new goal in mind. I was still living in Germany (where I grew up), and my very first triathlon experience was a super short team event, where groups of 10 friends or colleagues collectively finished an Ironman distance; everyone swimming 380m in a pool, cycling 18km on an easy trail, followed by a 4.2km run. So much fun! Again, I was hooked. Bought a road bike, and booked some swimming lessons to learn how to actually freestyle.

Four years later, in 2019, I completed my first full Ironman at Mont-Tremblant, Quebec — crossing that finish line after just over 12 hours and 226 human-powered kilometers has been my most overwhelming endurance sports experience so far. [full race report] https://followfichte.com/five-days-ironman-mont-tremblant-2019/

2019 was an eventful year, followed by two very different ones. The pandemic understandably took away all the event fun, but didn’t stop me from enjoying endurance sports. I discovered the joy of running with local running groups in Ottawa, spent countless hours cycling hills in Gatineau Park. My training volume increased significantly, with about 2,500km running and 10,000km cycling only this year.

An odd fact about my sports habits is that I am going crazy about stats. I don’t only track and map my activities on all the platforms (Strava, Garmin, Runalyze, Citystrides, Zwift, Strydpower, Trainingpeaks), I also use spreadsheets to run my own analyses. I get joy when going through some weird stats… like the fact that I cover the most kilometers on Sundays, and the least on Wednesdays, but I consume more fluids on Wednesdays than on Sundays. Or that I spent more than 500 hours of sports in Julys, 430 hours in Octobers, but only 340 hours in Februaries. I also know that an average kilometer on a bike for me costs 52 cents, while an average kilometer running costs me 73 cents (taking all sports-related expenses into account). Looking at it by costs per hour, running ($8.05) is cheaper than cycling ($14.23). Swimming is the most expensive in terms of distance ($13.78/km) and time spent ($33/hour). Those spreadsheets contain more than a decade worth of sports data, and tens of thousands of records and data points. Super interesting!

Next year is going to be busy; I’ll start the season right away in January with a snow trail half marathon up North in Quebec, followed in February with Somersault’s Winterman Marathon; then running the 30k Around The Bay in Hamilton in March. Somersault Earlybird Triathlon and Ottawa Marathon in May, completing an Everesting cycling challenge in June (8848 vertical meters in one single ride), Somersault National Capital Tri in July, and Ironman Canada in August in Penticton/BC. Next fall I’d love to up the game and move into ultra trail running, after running the Somersault Fall Colors Marathon. 2023 will be dedicated to the infamous Canadaman, a self-supported ultra triathlon event in Quebec.

For everyone who’s into running, or triathlon, or just wants to be more active: I’d encourage all of you to join your local running group; the running community in Ottawa is amazing, very supportive, you meet great people, hear motivating stories, can share your own passion for endurance sports with like-minded folks, and stay motivated to go out for a run in those hostile conditions.

If you want to keep in touch with Ludwig, you can find him on the following platforms: 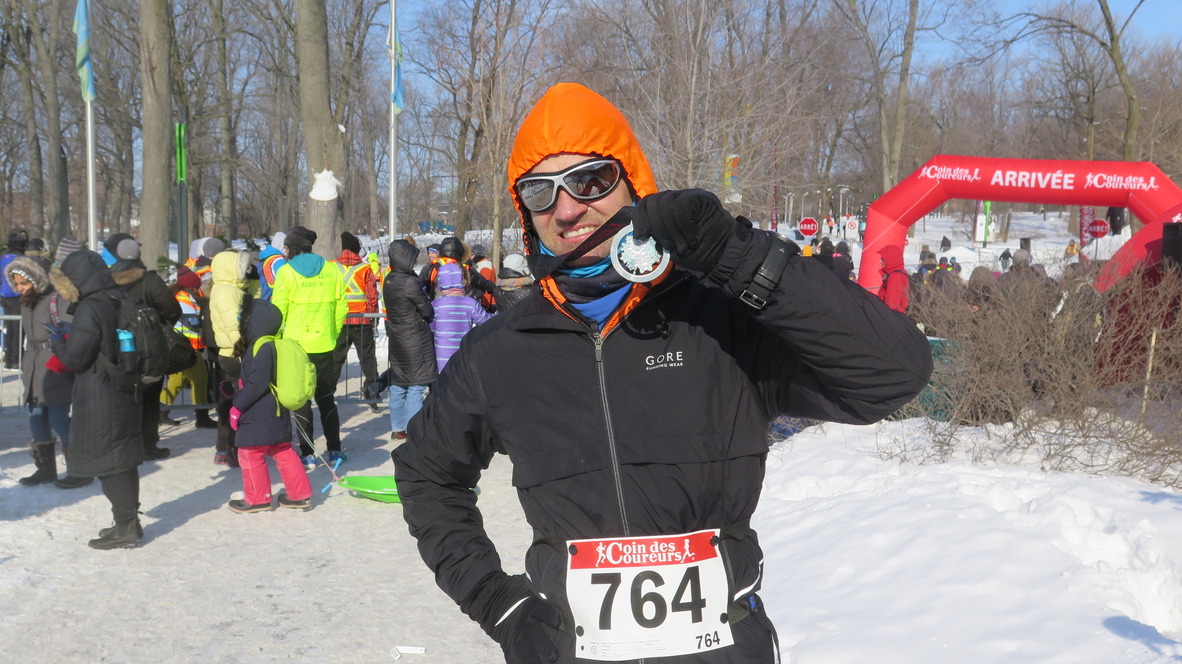